Two men are being hailed as heroes after they were killed while trying to stop a man from abusing two women on a train in Portland, Oregon, because they appeared to be Muslim.

Jeremy Joseph Christian, 35, of North Portland, allegedly attacked the men on a MAX train at the Hollywood Transit Station at 4:30 p.m. Friday. He was charged with offenses including two counts of aggravated murder over the incident, which occurred hours before the start of the Islamic fasting month of Ramadan.

Witnesses said at least one of the women the suspect targeted was wearing a hijab, and it appeared the abuse was religiously and racially motivated. Christian is known to locals and authorities as an active white supremacist.

“He said, ‘Get off the bus, and get out of the country because you don’t pay taxes here,’” Evelin Hernandez, a passenger on the train, told KATU-TV.

Three men intervened amid the suspect’s “ranting and raving,” Portland police spokesman Pete Simpson said during a news conference. “They were attacked viciously by the suspect.”

Police said one of the men who intervened died on the train. The other died later in hospital, while the third man was treated for non-life threatening injuries. 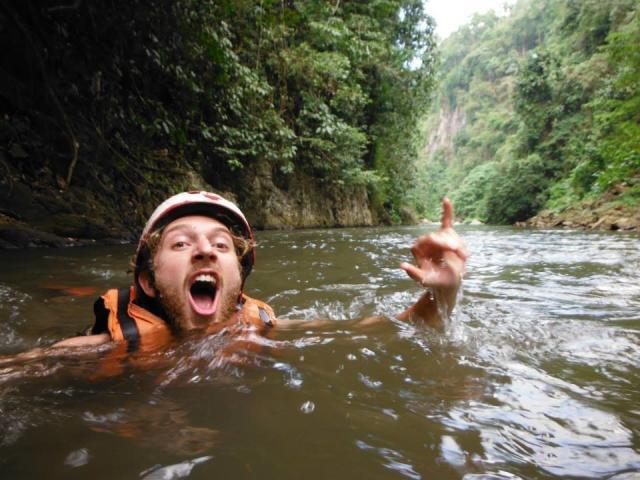 Portland police had not yet publicly identified the victims, but a friend of Namkai-Meche confirmed to HuffPost that he was one of the deceased.

A GoFundMe page was set up by a Portland-area business owner to help support the families of the “Tri Met Heroes.”

The suspect’s mother, Mary Christian, told HuffPost early Saturday that she had no idea that her son might have been involved.

“It’s scary,” she said. “I can’t imagine he would do anything like this, unless he was on drugs or something. He’s been in prison, he’s always been spouting anti-establishment stuff but he’s a nice person I just can’t imagine.”

Officers detained Christian soon after he got off the train, police said. They were unable to interview the women, however, as they’d already left the area. 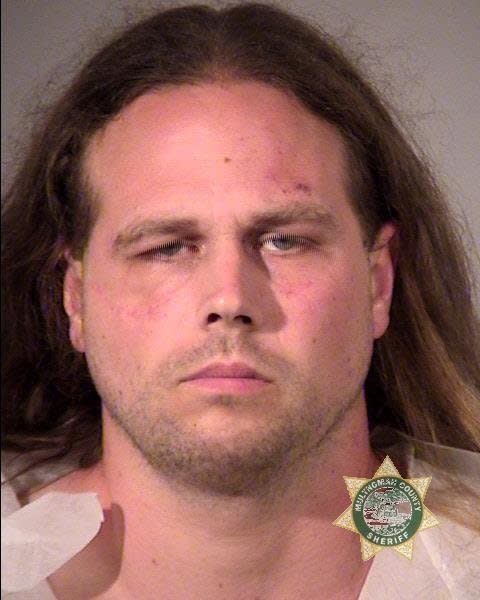 Police booked Christian into the Multnomah County Jail early Saturday. Along with the aggravated murder charges, he faces two counts of intimidation in the second degree, one of attempted murder and one count of being a felon in possession of a restricted weapon.

Christian has previously been convicted for felony robbery, kidnapping and possession of weapons. He will be arraigned in Multnomah County Court on Monday, where he may face additional charges, authorities say.

His ties to white supremacy include attending local rallies, according to authorities. On April 29, police confiscated a baseball bat from him at a “March for Free Speech” rally, after which he screamed racial epithets and gave the Nazi salute throughout the day, the Portland Mercury reports.

The Willamette Week identified him as being the man in the American flag in the below video:

Police said they were familiar with Christian but did not see him as a threat to public safety, adding that he suffered from mental illness. His mother told HuffPost that she didn’t believe he was mentally ill.

The Council on American-Islamic Relations issued a statement in response to the attack Friday calling on President Donald Trump to speak out against anti-Muslim incidents, which it said had increased more than 50 percent in the U.S. from 2015 to 2016.

“President Trump must speak out personally against the rising tide of Islamophobia and other forms of bigotry and racism in our nation that he has provoked through his numerous statements, policies and appointments that have negatively impacted minority communities,” said CAIR National Executive Director Nihad Awad.

“Only a strong statement from the nation’s leader will send a message to bigots that such acts of violence targeting racial, ethnic or religious minorities are unacceptable.”

Trump’s administration may be moving in the opposite direction on white nationalism, however. Muslim advocacy groups and a program that works to rehabilitate neo-Nazis may lose funding if Trump narrows the focus of the Countering Violent Extremism grant program to Islamic extremism. As it stood under the Obama administration, groups dedicated to help combat Islamophobia and other hate group at home shared millions in funding, alongside groups that deterred recruitment by Islamic terrorist groups.

Portland Mayor Ted Wheeler paid tribute to the train victims for “doing the right thing, standing up for people they didn’t know against hatred.” “Their actions were brave and selfless, and should serve as an example and inspiration to us all,” he said in a Facebook post. “They are heroes.”

TriMet, the transit provider in the Portland region, confirmed there would be delays following the incident and issued messages of condolences over the deaths:

Police said the Oregon State Medical Examiner would conduct autopsies on the two men on Saturday morning. They will release the names of the three victims soon after, they added.

This article has been updated throughout.

This article originally appeared on HuffPost .