Ranna, 24, an Oromo Ethiopian woman, is not only a third-generation refugee, but also a two-time refugee. Indonesia, which is home now, is the second place to which she has been displaced in her young life.

She was born in Saudi Arabia because her mother, the daughter of a prominent dissident, fled Ethiopia before her birth. But that country did not recognize asylum-seekers and she was officially stateless. After a brief interlude in Ethiopia, where she was deported to at age 16 and where she earned a bachelor’s degree, she was again forced to flee during a government crackdown on Oromo activists in 2015.

After a harrowing interlude in Djibouti, where she says Oromo asylum-seekers were being rounded up and deported because of an agreement with the Ethiopian government, Ranna’s smuggler booked her, her mother and her brother on a flight to Indonesia. It was a country where they knew no one and did not speak the language. 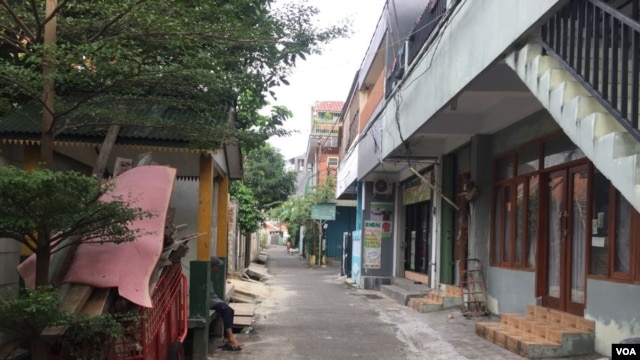 They were granted refugee status within a year and able to make a home in Pasar Minggu Baru, a South Jakarta neighborhood that abuts a commuter train line and station. Over the last three years, the neighborhood has come to house an enclave of East African refugees and asylum-seekers, some of whom arrived, like Ranna, through unscrupulous smugglers. Others got stuck in transit when Australia blocked maritime refugee arrivals in 2014.

East African asylum seekers face years-long wait times to even be granted refugee status in Indonesia, according to Trish Cameron, an independent refugee lawyer based in Jakarta. And if that happens, they face even longer wait times for resettlement out of Indonesia — if they are resettled at all, which is not a given, especially as developed countries have closed their doors in recent years.

There are about 200 Oromo refugees in Jakarta, according to Cameron, and “hundreds” of East African refugees in Pasar Minggu Baru. Ranna said she finds it quite safe. 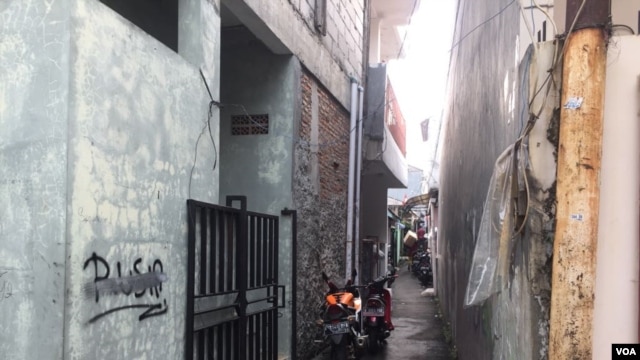 An alleyway in Pasar Minggu Baur, which is home to many East African refugees, South Jakarta, Indonesia, July 26, 2017. (K. Varagur)

“They don’t make you feel like a stranger, maybe because refugees have been hosted here for a long time,” said Ranna. There also is a small Arab market nearby, a happy coincidence because her family speaks Arabic from their time in Saudi Arabia.

Although Ranna has been a Muslim her whole life, she began wearing a headscarf only when she moved to Jakarta, out of respect, she said, for her neighbors.

About 16 percent of the 14,093 refugees and asylum-seekers registered with UNHCR Indonesia are from East Africa, said Mitra Salima Suryono, a spokesperson for the agency. Most are from Somalia, Ethiopia and Sudan, plus a handful from Eritrea, Uganda and Mozambique.

Today, Ranna volunteers intensively as a translator — she is fluent in Oromo, Arabic, Amharic and English, and is now conversational in Bahasa Indonesia — to help asylum-seekers in her community prepare for their interviews.

The Oromo people are the largest ethnic group in Ethiopia, split about evenly between Muslims and Christians [Ethiopian Orthodox and Protestant], and account for about one-third of the country’s population.

The protests that began in 2015 grew out of a grass-roots movement led by students in the Oromia region. There also is a history of armed struggle for self-determination, however, led by the Oromo Liberation Front, an opposition group formed in 1973 after a military coup. The government has outlawed the OLF as a terrorist organization and blames anti-government protests on OLF and other groups that it labels “anti-peace elements.”

Ranna’s grandfather was a member of OLF and was the earliest family member to flee Ethiopia as a refugee. Although Ranna came to her homeland only as a young adult, she quickly picked up the nationalist energy that ran through her family. She became a prominent student activist and public health official, and was in her first year of medical school when she had to leave for Indonesia.

“There is grief inside me whenever I think about our people,” said Ranna. “Even in my short time there I could see how wrong it was.”

She spent a night in jail (“it felt like a year”) for her activism, but her middle brother suffered a worse fate before he could flee: He simply disappeared.

Human Rights Watch says more than 800 protesters have been killed since the unrest began in November 2015 and thousands more people have been arrested.

In December 2016, the Ethiopian government announced it would release nearly 10,000 people detained for “rehabilitation.”

Ranna’s youngest brother had just finished 10th grade when they fled, and in him, she sees signs of the aimless boredom that is now typical of the refugee experience in Indonesia, where refugees cannot legally work or attend school. Her mother has diabetes, and is in and out of hospitals.

She still manages to make spongy injera bread in their makeshift house. Ranna herself has acute anxiety and trouble sleeping at night, bearing, as she does, the weight of her family and community, and extant fears about the Ethiopian state.

Ranna doesn’t regret her activism, even as she and her family prepare for an indefinite stay in Indonesia. “I couldn’t see people dying in front of me and do nothing,” she said. “I could not.”