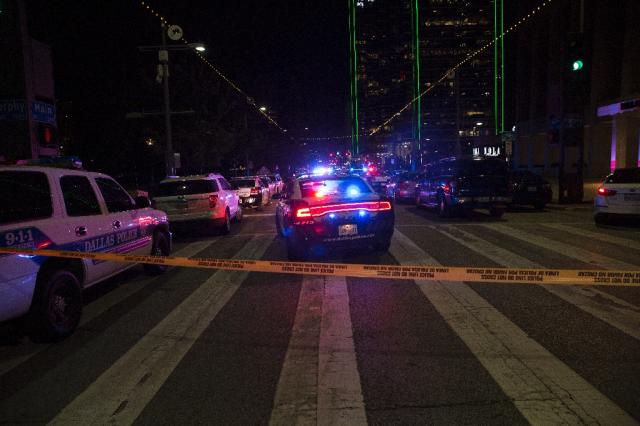 Los Angeles (AFP) – A police officer in the US state of New Mexico died on Friday after being shot by a passenger in a car he had pulled over, the latest deadly incident involving law enforcement in the country.

Three suspects were taken into custody after the 3:41 pm (2141 GMT) traffic stop in the town of Hatch. Officials said the trio was allegedly responsible for shooting the officer and for shooting another man during a carjacking, triggering a massive manhunt and high-speed chase.

The condition of the hijacked car driver was unknown.

“During the traffic stop, a passenger who was in that vehicle reportedly exited the vehicle and she fired shots at the officer,” Dona Ana County Sheriff’s Office spokeswoman Kelly Jameson told reporters.

Another officer who witnessed the shooting then chased the vehicle, with speeds exceeding 100 miles (160 kilometers) per hour, but “was unable to catch up,” Jameson said.

“The incident at the rest stop triggered a multiple-jurisdiction manhunt. We had assistance from just about every police agency in this county, including air assistance from border patrol.”

Ultimately, officers deflated the hijacked vehicle’s tires with devices known as “stop sticks,” according to Jameson. The driver was suffering from a gunshot wound to the thigh and was taken to hospital.

The two other suspects were arrested later in the evening.

Several police officers have been targeted and shot to death in recent weeks amid nationwide outcry about the deaths of unarmed African Americans at the hands of police.

Last month, five officers were shot dead in Dallas, Texas by a black extremist as they were protecting a peaceful march against police brutality.